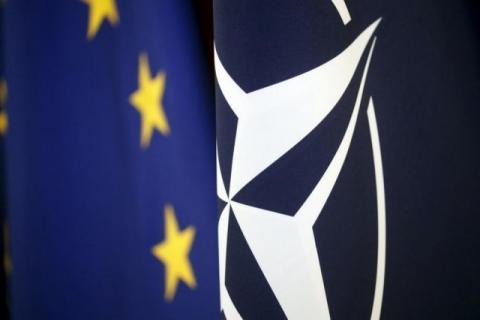 Political scientist from Bosnia-Herzegovina Jasmin Mujanovi warned the public "about the ploy that are being prepared for that country by Zagreb, Belgrade, but also by some members of the EU and NATO".
Namely, Mujanovi stated on his Twitter account that he found out that Croatia is lobbying for its army to be part of the EUFOR mission in BiH, which is unacceptable since it was a party to the war.
"I've just had confirmed from a Western source a troubling rumor: Croatia is lobbying hard to be admitted to the EUFORBIH mission in Bosnia. As a party to the Bosnian War, Zagreb routinely interfering in the country's post-war governance, this is categorically unacceptable. Realistically, given that Croatia is the primary patron of the insurrectionist HDZ BiH bloc in Bosnia, who in turn are the closest partners of the secessionist SNSD, & both enjoy the benefaction of Slovenia, this would cast EUFORBIH as a malign force in the eyes of most Bosnians".
"I sincerely hope key decision makers in all the relevant Western capitals will have the sense to rebuff this ploy. The arrival of Croatian troops in Bosnia nearly 3 decades after Dayton would trigger a far more volatile reaction than the anti-segregation protests vs. OHR BiH".

Ive just had confirmed from a Western source a troubling rumor: Croatia is lobbying hard to be admitted to the @euforbih mission in Bosnia. As a party to the Bosnian War & w/ Zagreb routinely interfering in the countrys post-war governance this is categorically unacceptable.

He also referred to Milorad Dodik's plan to ensure, with the help of NATO and EU members Hungary and France, that if EUFOR in Bosnia-Herzegovina gets an extension of its...