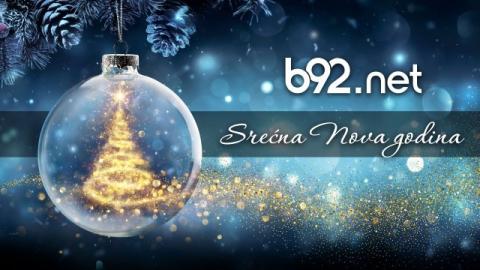 We repeated the same wish at the beginning of 2022. This time, it seems that we managed to forget about the pandemic and the pain it caused us in the previous 30 months.
However, the coronavirus did not disappear - it was only replaced by a bigger suffering.
It didn't "smell" good since the start of the year, but it was as if no one wanted to believe that it was possible. And then, on February 24, it started.
War in Europe. Open war between Russia and Ukraine. "Silent" war between Russia and the West. Special operation. Invasion. Whatever.
Thousand dead, tens of thousands wounded, millions displaced and refugees all around. Destroyed country, destroyed lives, destroyed future.
And the end is not in sight. On the contrary. We enter 2023 under the threat of global conflict. And if the conflict does not occur, the economic chaos of the whole planet won't be prevented.
Problems with energy sources, supply chains, closed markets, inflation, recession... make it seem that we will still be "begging" for coronavirus.
However, war was far from the only topic the planet dealt with in 2022.

The most important events in Serbia in 2022

After half a century since the schism, the SPC and the Macedonian Orthodox Church were reconciled, the Fundamental Agreement between the SPC and Montenegro was signed, Porfirije became the new patriarch, the Constitution changed in the section dedicated to the judiciary, EuroPride was held in Belgrade...

Aleksandar Vui, the candidate of the Serbian Progressive Party (SNS) and the current head of state, won convincingly in the first round of the presidential elections in Serbia. In the parliamentary elections, SNS won.
The new Government of Serbia headed by Prime Minister Ana...