France is the ‘Ticking Time Bomb’, Not Bosnia 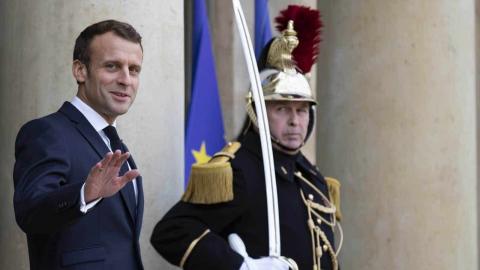 A 2018 study by the International Centre for the Study of Radicalisation, at Kings College London, cited by the BBC, put the total number of foreign ISIS fighters at just under 41,500 from 81 countries, almost 6,000 of whom it says came from Western Europe.

Of that 6,000 or so, it says about 1,900, almost a third, came from France, more than double the number from the second-ranking European country, Germany, followed by the UK, over 800, and Belgium, over 500.

In other words, France appears to have sent over seven times more Islamists to the Middle Eastern combat zone than Bosnia, from a Muslim community of some 5.7 million, which is about three times the size of the Muslim community in Bosnia. You don't have to examine the math in any detail to see that France has a bigger "time bomb" on its hands than Bosnia.

Moreover, Bosnia's Islamists have been a lot less active than their French counterparts on the domestic front. A 2010 attack on a police station in Bugojno left one policeman dead, while an attack on the US embassy in Sarajevo the following year - the work of a lone gunman (from Serbia) - left one embassy guard wounded. The contrast with France - 138 killed in the 2015 Bataclan attack in Paris alone - can hardly be overstated.

Bosnian police seals off the area in front of the US embassy in central Sarajevo following a shoot out, in Bosnia and Herzegovina, 2011. Photo: EPA/FEHIM DEMIR

The broader pattern of Islamist terror attacks in Europe in recent years suggests strongly that there is no "time bomb" waiting to go off in the old Muslim communities of Southeast Europe, as a recent article on the subject in Bulgaria has observed.

As this article noted, with their long histories of coexistence with other faith groups,...