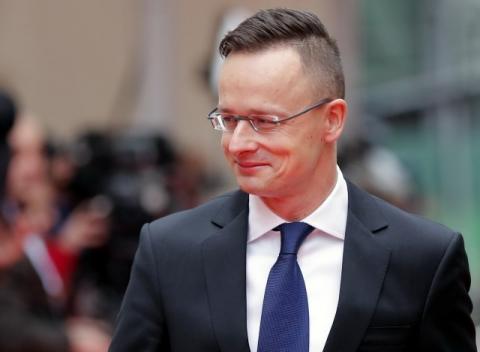 He said that rejecting criticism addressed to Budapest for co-operating with Moscow, adding that other European countries with Russia were concluding huge deals "under the wraps".
Szijjrt said in an interview with the Austrian News Agency APA that he detected double standards on this issue.
He also assessed that Austria has clearly closer economic contacts with Russia than Hungary.
"Undercover, of course. Something critical is said occasionally, but huge deals are made under the wraps", Szijjrt emphasized.
He also underlined the importance of investment from Asia to his country.
"Opening east is an absolute success," Szijjrt said, noting that last year, for example, South Korea became the top investor of the year in Hungary, thus overtaking Germany.
"It was important to us that high-tech companies from the east at least consider investing in Hungary", he explained.
He criticized the US and Western Europe for Hungary's close economic contacts with China as hypocritical.
There are currently 16 significant Chinese investments in Hungary, 12 of which were made by former US and Western European companies bought by the Chinese, he recalled.
"If Western European countries and the US do not want China to lead economically, then they should not sell their businesses", Szijjrt said.
When it comes to migrant policy, he stressed that Budapest believes that the preservation of European Christian culture must be a priority for Europe, and that is why it is necessary to protect it, as well as physically, that is, to secure borders.
Attempts to establish a common European migration policy, he said, have failed.
"No one can be deprived of the right to decide on its own which nation he wants to live with and who...