Gov’t should do beyond killing terrorists, stop its financial resources: CHP leader 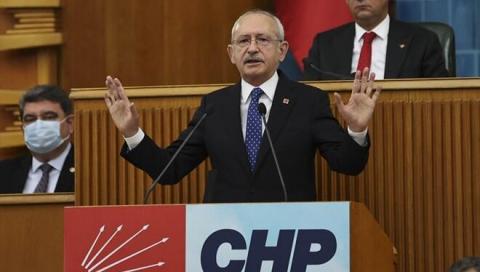 The struggle against terror is not merely killing terror group members, but also other means of fighting should be carried out in this process, the main opposition party leader has said, questioning the government's way of fighting against the illegal PKK group.

"Have efforts been made to cut the financial resources of terrorism? Fighting terrorism is not just killing the terrorist. This does not solve the case. We have been doing this for 40 years," Republican People's Party (CHP) leader Kemal Kılıçdaroğlu said on Feb. 23, speaking at his party's parliamentary group meeting.

The government must make efforts internationally to stop the financial resources of the PKK, the politician said.

No one in Turkey can defend terror, Kılıçdaroğlu said, emphasizing that the killing of innocent people is never acceptable.

From whoever and how it is coming, terror is a crime against humanity, he said, stressing that the CHP is not opposing the government's struggle against terror.

Recalling that he posed five questions to President Recep Tayyip Erdoğan on the killing of 13 people in the Gara region of northern Iraq, Kılıçdaroğlu said he has yet to receive answers, but is instead being "affronted."

İYİ (Good) Party leader Meral Akşener on Feb. 23 criticized ruling Justice and Development Party (AKP) Group Deputy Chair Özlem Zengin for her remarks over an allegation that strip searches are practiced in the Turkish incarceration centers, as the latter said that the survivors wouldn't have waited so long if their allegations were actually true.