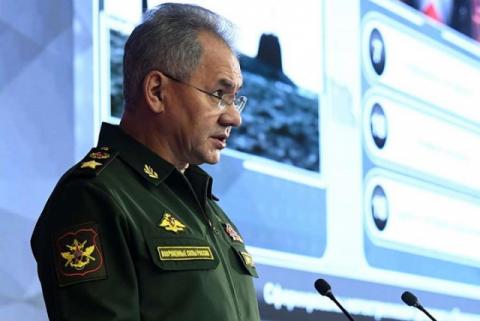 Russia announced the start of mass military drills, ratcheting up tensions with neighboring Ukraine amid Western concerns about the risk of renewed fighting.

More than 4,000 training exercises will be held in military districts across Russia in April, Defense Minister Sergei Shoigu said Tuesday, in comments posted on the ministry's website.

Ukrainian President Volodymyr Zelenskiy on Tuesday reiterated his country's desire to join the North Atlantic Treaty Organization to protect itself against Russia, calling membership "the only way to end the war" in eastern Ukraine in a phone call with NATO Secretary General Jens Stoltenberg. The NATO chief was non-committal in a tweet later, saying the alliance remained "committed to our close partnership" with Ukraine.

Ukraine is appealing for support amid a build-up of Russian forces along their shared border, raising fears of an escalation in the seven-year conflict that has claimed 13,000 lives. Russia denies it's threatening Ukraine and accuses the government in Kyiv of preparing a military offensive to regain control of the eastern conflict zone.

The U.S. State Department signaled its...