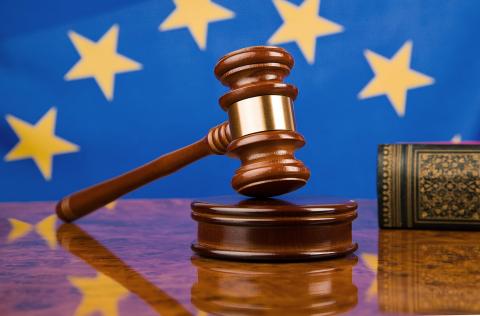 Ljubljana – The European Court of Human Rights (ECHR) has admitted an application against Slovenia over an alleged violation of the right to a fair hearing. The case concerns Constitutional Court judge Rok Čeferin’s failure to exclude himself from a case, the STA has learnt from the State Attorney’s Office.

The State Attorney’s Office said it had received the Kodrič vs. Slovenia application from the EHCR two weeks ago, but could not reveal any other details.

However, the STA has learnt from a source speaking unofficially that the ECHR has proposed that Slovenia reach a damages settlement with the plaintiff.

The case is related to the Slovenian Bar Association’s rejecting Peter Kodrič’s application to be licenced as a lawyer in 2014.

Kodrič turned to the Administrative Court and the Supreme Court, with both rejecting his appeal. Lastly, he appealed to the Constitutional Court, which rejected his petition in November 2019.

But it was at the end of last year that Čeferin notified his fellow Constitutional Court judges that he had unintentionally not excluded himself from the Kodrič case.

He should have recused himself because he was a member of the Bar’s board that decided on the Kodrič application in 2014.

While Kodrič took the matter to the ECHR, the Constitutional Court said last month it would now process his petition once again without Čeferin involved.

The Constitutional Court also said it had meanwhile overhauled its internal oversight procedures to prevent mistakes related to judicial recusal.