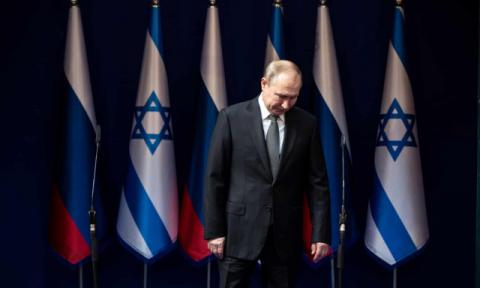 New evacuations from Mariupol, Putin apologizes to Israel, London increases military supplies to Kyiv. Here are the highlights of events related to the war in Ukraine over the past 24 hours:

A third operation to withdraw civilians from Mariupol will take place on Friday, the United Nations said, with new battles reported to control the steel plant, where the last Ukrainian defenders are being held.

It is estimated that about 200 civilians are also hiding in bunkers at the plant.

UN President Antonio Guterres said everything possible must be done to "bring people out of these hellish landscapes".

Russian President Vladimir Putin has said his forces are ready to ensure the safe passage of civilians, but the fighters must surrender.

The Russian report on the conversation does not mention an apology. Earlier in the week, Sergey Lavrov made the insulting comment to Israel in an attempt to justify Russia's portrayal of Ukraine as "Nazi", despite the fact that its president is Jewish.

Russia's key ally, authoritarian Belarusian leader Alexander Lukashenko, has said the war in Ukraine did not go according to plan

He told reporters that Russia's military operation had "dragged on".

The EU is close to reaching an agreement on the sixth package of sanctions against Russia<...