Orban attacks again: "You will end up like the USSR" 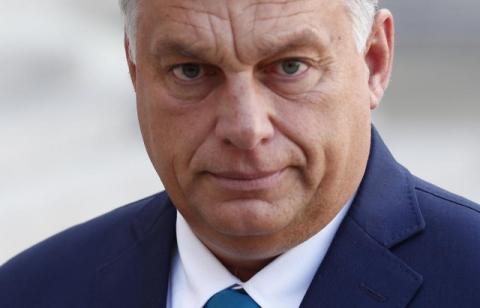 "We do not worry about those who attack Hungary from the dark, somewhere from the towers in Brussels," he said in a speech on the occasion of the national holiday marking the 66th anniversary of the Hungarian revolution against the USSR in 1956.
"They will end up where their predecessors ended up," he added, predicting an EU fate similar to that of the Soviet bloc, which collapsed in 1991.
That speech precedes his announcement that he will hold a referendum on European sanctions against Moscow, which he continues to criticize. In Budapest and throughout the country, posters were placed with the message: "Brussels sanctions are destroying us."
"The war at our door, the financial crisis and the economic slowdown in the EU, the invasion of migrants from the south. We have to face many problems," Orban said, assuring that his "strong and united" government will overcome all the challenges. Since the beginning of the war in Ukraine, Hungary has been trying to preserve good relations with the Kremlin in order to continue receiving oil and gas.
Hungary does not want to help Ukraine militarily and criticizes Brussels' strategy.

ATHEX: Index rises to highest point in over 10 months