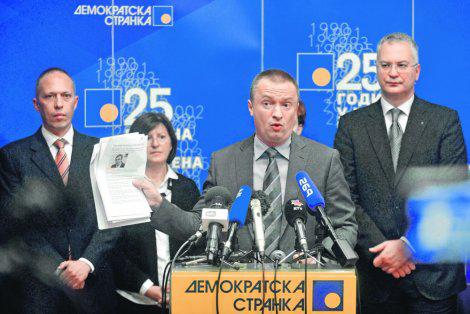 It was announced earlier that the police will take his statement as a citizens, on the request of the prosecutor, in order to collect information in pre-trial proceedings.

Transcripts of an alleged telephone conversation have recently been made public, where Udovicki complains to Pajtic about this. Pajtic has in the meantime said that "the conversation was authentic."

- I will respond to the summons with great pleasure, considering the fact that I am a victim of wiretapping - Pajtic said ahead of the questioning, and added:

EMS Director Nikola Petrovic has already been questioned in this case, denying all the accusations and agreeing to take a polygraph test, which he passed.

The company CWS has denied all the allegations, while Lidija Udovicki was served her summons at a home address in Belgrade where she was not found. Her...