Democracy Digest: Faith in the EU and Selective Memory 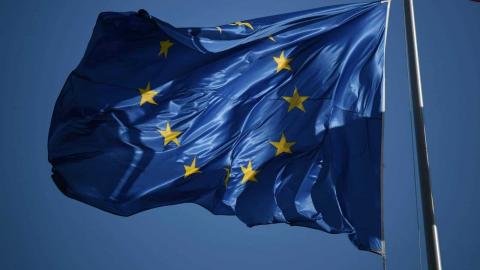 Overall, 55 per cent of respondents say they are satisfied with the way democracy works in the EU, the highest level since 2004. That is the majority view in all but one member state: Greece. (Others nations on the gloomy end of the spectrum include France and, you guessed it, Britain.)

The survey shows that people living in countries with Eurosceptic populist governments do not necessarily share the views of their leaders. In Poland, 70 per cent of respondents are satisfied with EU democracy. In Hungary, the figure is 63 per cent.

Meanwhile, a majority of respondents in 20 out of 28 member states agree that their voice counts in the EU. Of the eight countries where a majority of people disagree, Greece again comes top, followed by Cyprus, Estonia, Latvia, Czech Republic, Italy and Britain.

Other notable findings of the poll include the revelation that climate change is now Europeans' second-biggest concern after immigration, outstripping economic issues and terrorism in the hierarchy of worries.

And more than six in 10 Europeans are optimistic about the future of the EU, the highest level since 2009. The Irish, Danes, Lithuanians, Poles and Dutch are the most optimistic. The biggest pessimists are the Greeks, Brits, French, Czechs and Italians.

If an honest reckoning with the past is an indicator of democratic health, the European Union's youngest member shows signs of ailing. Three stories published by BIRN's Balkan Transitional Justice platform highlight the pitfalls of selective amnesia in Croatia.

Nikola Vukobratovic reports on a campaign by right-wing nationalists to whitewash the history of concentration camps for children run by Croatia's Nazi-allied Ustasa regime during World War II....