Calling On ‘The People’ to Rekindle Democracy’s Promise 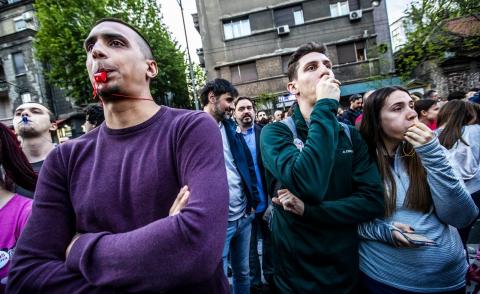 Enthusiasm over democracy's expansion in the 1990s was followed by a more sober assessment of its dividends in the 2000s. By the end of this third decade since the fall of communism, skepticism has set in and political leaders openly talk about preferences for more illiberal forms of democracy.

Political regimes from Poland, Hungary and Czech Republic to Serbia, Romania and Bulgaria have turned their backs on liberal notions of democracy by branding them as Western impositions.

In doing so, they have stripped democracy of its constitutive parts in favour of a more minimalistic version built around the act of free and fair elections. They then use election results as a carte blanche to exert uninhibited power without any cumbersome checks and balances.

In the process, they have assaulted the judiciary, weakened parliamentary oversight, interfered in independent media and stifled civil society and freedom of expression.

As a result, although the Central and Eastern Europe region remains "democratic", the past decade has not brought significant advancements in the quality of democracy. Rather, it has seen the phenomenon of democratic backsliding, a constant reminder of creeping authoritarianism and populism.

The Global State of Democracy 2019 report by the International Institute for Democracy and Electoral Assistance (International IDEA) dedicates a chapter to the state of democracy in Europe. It provides a health check...