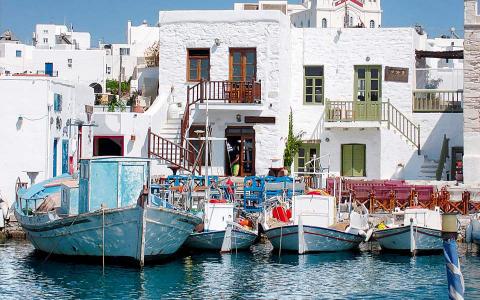 Positive signs are coming from potential residential property buyers - both Greeks and foreigners - even though the vast majority of interested parties are only seeing what's on offer on the market without deciding on the acquisition of a property.

According to data processed by property ad platform Spitogatos, visits to the site by users living abroad showed a rise of 30% year-on-year in May. This increase in interest - even compared to 2019, when foreign currency inflows reached a record high - has generated optimism in the market.

Most activity originated from residents of Germany, Britain, the US, Cyprus, Australia, France, the Netherlands, Switzerland and Canada. The most popular areas for foreign buyers were Glyfada in southern Athens, Thessaloniki and the islands of Paros, Santorini and Rhodes.

The survey found 70% of users are seeking to buy residential...