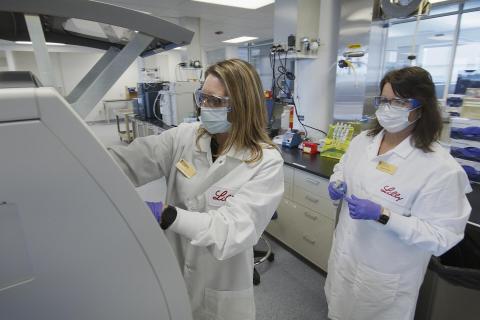 It took six months for the world to reach 10 million confirmed cases of the coronavirus. It took just over six weeks for that number to double.

The worldwide count of known COVID-19 infections climbed past 20 million on Aug. 10, with more than half of them from just three countries: the U.S., India and Brazil, according to the tally kept by Johns Hopkins University.

Russia became the first country to approve a vaccine against the virus. While a proven coronavirus vaccine would be an epic medical breakthrough, the move raised alarms among scientists because the shots have not been subjected to large-scale testing in humans. They have only been studied in dozens of people, not the thousands typically involved.

The Big Ten and Pac-12 announced they won't play football this fall because of the virus, taking two of college sports' five powerhouse conferences out of the season. The Big Ten includes Ohio State, Michigan, Nebraska and Penn State, while the Pac-12 includes Arizona, Arizona State, UCLA, the University of Southern California, Oregon, Utah and Washington. College football's lack of centralized leadership leaves every conference to decide for itself.

The severe and sustained crisis in the U.S.,over 5 million cases and 163,000 deaths, easily the highest totals of any country, has dismayed and surprised many around the world, given the nation's vaunted scientific ingenuity and the head start it had over Europe and Asia to prepare.

South Africa, Colombia, Mexico, Peru, Argentina, Russia and the Philippines round out the list of the top 10...