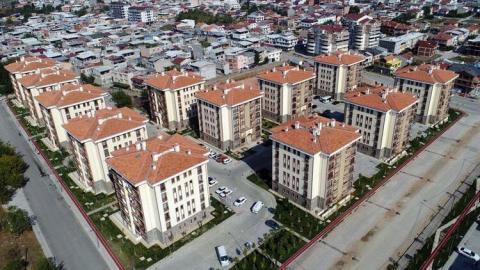 Expecting a total amount of nearly $7.5 billion in sales to foreigners this year, the Turkish property market ranks among the top 10 in the world, according to an executive of a sectoral association.

"Turkey attracts huge demand from 80 countries in four continents, particularly Iraq, Iran and Russia. With this performance, we took place among the top 10 countries that made the highest amount of property sales to foreigners in 2020," he told Daily News.

Bucak, who is also the founder and CEO of Mars Investment, said that Spain, Portugal and Greece ranked atop the list, which also included Canada, the United States, France, the United Kingdom, Italy and Montenegro.

While the range is wide, the average price tag of a property to be sold to a customer from abroad is around $150,000.

In January-August, house sales to foreigners increased by 47.6 percent compared to the same period of 2020 to reach 30,849, according to data released by the Turkish Statistical Institute (TÜİK) on Sept. 14.

In August alone, 5,866 houses were sold to foreigners, marking a 50.7 percent rise year-on-year.