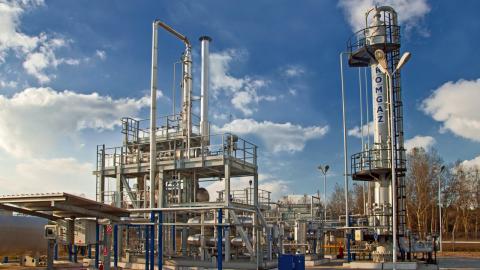 Romania's Energy Minister, Virgil Popescu, on Wednesday said Romania will produce more natural gas than it needs once it starts extracting gas from the Black Sea area - and will then be in a position to export to countries in the region, with Moldova a priority.

"Romania will produce more gas than it consumes [and ]… will export natural gas to Bulgaria, Greece, Hungary, but first of all to Moldova," Popescu said.

Moldova currently relies 100 per cent on gas from Russia's Gazprom and is seeking to escape this dependency, especially since Russia invaded its neighbour Ukraine and cut off gas to Poland and Bulgaria. The Iasi-Chisinau pipeline was built in October 2021 to link Moldova to the energetic European system.

The first Romanian extractions from the Black Sea are not expected for some years. Romanian Prime Minister Nicolae Ciuca said the first gas from the Neptune Deep field would arrive "no later than 2026".

"The estimates give us guarantees that there are large enough quantities to supply gas to our neighbours, both in the region and the European Union," PM Ciuca said on Tuesday.

On March 24, Romania's state-owned energy company Romgaz approved the contract to buy over 50 per cent of the Neptune Deep field from US ExxonMobil for 1.06 billion US dollars.

The main shareholder in Romgaz is the Romanian state, which has a 70-per-cent stake. The purchase will allow Romania to become a regional energy security provider, added Popescu.

"Romania, through Romgaz, becomes part of this consortium, together with those from OMV-Petrom, to extract gas from the deep perimeter, the largest perimeter discovered so far," said Popescu.

The minister estimated that the total amount of gas in the Neptune Deep field exceeds...