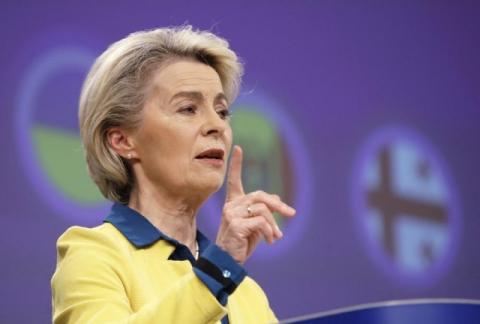 "When it comes to the future of the EU, we are obviously looking for solutions that imply a repetition of history", believes diplomat and analyst of international relations Zoran Milivojevic. According to him, the statements of the President of the European Commission should be interpreted in that key. Ukraine's membership in the EU - on the front line towards Russia.
"Head of the European Commission represents the radical core in the Brussels bureaucracy, which advocates conflict and throwing Russia to its knees, and in that sense, its attitudes and policies should be observed", Milivojevic emphasizes.
Milivojevic sees the reasons for accepting the candidacy of Ukraine, but also Moldova for EU membership, in geopolitical and geostrategic reasons. "It is obvious that preference is given to these countries because they are on the front line of action towards Russia, and it is obvious that geostrategy is given priority, without what should be the basis of action and possible policy of EU enlargement," he explains.
"Instead of the essence of EU policy and strategy, geopolitical solutions dictated from Washington are being accepted today", Milivojevic added.
"The European Union is, above all, an economic project. Politics is in the background - politics as an expression of economy and economic strategies, and not as a dominant factor. In that sense, at the moment the EU is not on the lines of what represents its strategic philosophy and ideology, as a peace and economic project", he said.
"This sends a clear message that in this way the West wants to determine future borders with Russia and to make it known that it sees Ukraine and Moldova as its spheres of interest and as part of its core", Milivojevic added.
Romania and Bulgaria...