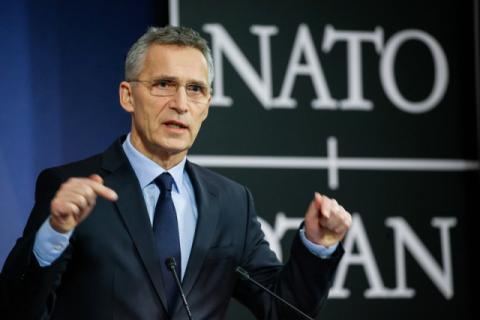 NATO leaders are set to approve the alliance's new strategic concept this week, with a huge increase in rapid reaction force.

In addition to doubling the forces that will be deployed in Eastern Europe in the context of the war in Ukraine, the number of troops that can be deployed in a high readiness for rapid response is also increasing: from 40,000 to "well over" 300,000.

This was announced by NATO Secretary-General Jens Stoltenberg a day before the summit of the countries of the Defense Union in Madrid.

Ukrainian President Volodymyr Zelensky, who was a guest at the G7 summit today, will also take part - albeit remotely. Japan, Austria, New Zealand and South Korea will also be present at the meeting for the first time.

According to him, NATO battalions in Eastern Europe will be turned into brigades. This suggests that the forces that will be stationed in them will at least double, given the threat from Russia.

The Rapid Reaction Forces, on the other hand, are a combination of ground, naval and air forces, the aim of which is to be able to deploy quickly in the event of an attack. For the first time, they were put on alert because of the war in Ukraine, and multinational battle groups are now stationed in countries bordering Russia: Latvia, Lithuania, Estonia and Poland.

If we compare it with the time before the annexation of Crimea, the increase is a total of 25 times, as in 2014 these forces numbered only 13 thousand people.

"Our meeting will be transformative and will include many important decisions," Stoltenberg said. Among them is the increase in aid to Ukraine now and in the future. New aid packages will be adopted for Bosnia and Herzegovina, Moldova and Georgia, as well as...