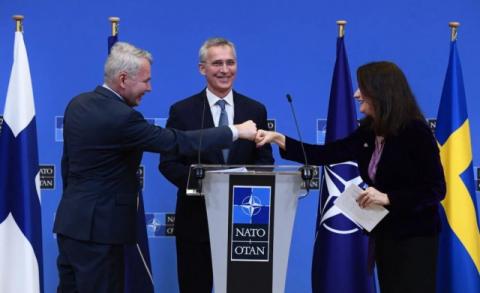 The US Senate approved a resolution ratifying the protocols for the accession of Finland and Sweden to NATO after the historic decision of these two countries to renounce their neutrality due to the Russian invasion of Ukraine, "AFP" reported.

The upper house of the US Congress approved the resolution overwhelmingly in a vote by senators from both parties, with 95 votes to one. For the adoption of the text, it was necessary that it be supported by at least two-thirds of those who voted.

The Biden administration strongly supported this ratification, which aims to demonstrate the Alliance's steadfastness in the face of Russian expansionism.

In the US, only the Senate has the right to ratify international agreements.

Russian President Vladimir Putin "tried to use the war in Ukraine to divide the West. Instead, today's vote shows that the alliance is stronger than ever," Senate Majority Leader Chuck Schumer said shortly before the vote.

By becoming part of the organization, both parties will be able to benefit from Art. 5 of the North Atlantic Treaty. It provides for a joint response in the event of an attack against one of the members of the alliance.

Sweden and Finland's membership is still not guaranteed, however, because Turkey, has threatened to "freeze" the process, accusing...