Kremlin interference in Ukraine raises food prices in the Balkans 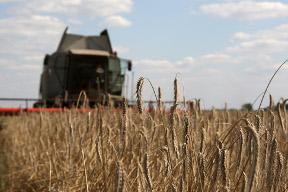 Kremlin interference in Ukraine raises food prices in the Balkans

Instability in Ukraine is having an impact on food producers in the Balkans, and analysts warn that consumers may face still higher prices.

"Considering the price increases on the world markets, we won't be able to avoid a rise in crop prices in Bosnia and Herzegovina (BiH), since we don't produce enough and we depend completely on imports," Miro Pejic, president of the Farmers' Union of BiH, told SETimes.

The rise in prices will affect the standard of life in BiH, the union said.

"It is expected that the bread makers will adapt their products to the new prices which means that bread is about to get more expensive as well as hundreds of other grain-based products," the Farmers Union of BiH said in a statement.

Ukraine is the world's third-leading producer and exporter of grains, but the country's economy is being affected by Kremlin-backed insurgents that are disrupting many eastern Ukraine communities. An estimated 40,000 Russian troops on the border are keeping tensions high.

Wheat and corn, as well as other grain products, are also the base of food for livestock. Higher prices for cattle feed means a higher price for meat.

"Sales of chicken have long been on the rise since the lower standard of life does not allow luxuries such as veal meat," Sead Jelic, of the Agricultural Association in BiH, told SETimes.

The price of corn has risen by 40 percent in the past year, and the cattle breeders in the region fear that it won't stop there...