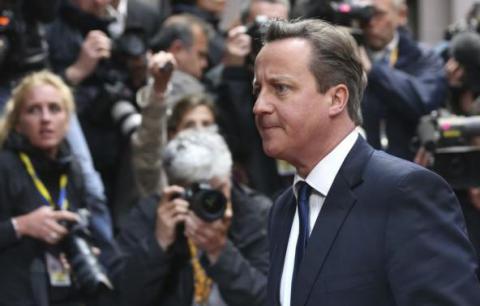 European Union leaders, stunned by a big Eurosceptic protest vote in European Parliament elections, agreed on Tuesday to seek a package deal of appointments to top EU jobs with an economic agenda to win back public confidence.

British Prime Minister David Cameron, under pressure after the anti-EU UK Independence Party won the European Parliament election in Britain, came to the EU summit in Brussels determined to block the nomination of Juncker, seen in London as an old-style European federalist.

Sweden, the Netherlands and Hungary also voiced reservations and the 28 leaders mandated European Council President Herman Van Rompuy, who chairs EU summits, to hold consultations on a slate of candidates for senior positions and a policy agenda for the next European Commission, Merkel told reporters.

The aim was to wrap up the contentious appointments before the summer break, she said. EU leaders next meet on June 26-27.

Merkel's centre-right European People's Party won the most seats in the 751-member EU legislature but no party has a clear majority. She paid lip service to Juncker's candidacy for the top job but said other outcomes were possible.

"As a member of the EPP, I supported Jean-Claude Juncker as our candidate for the presidency of the Euroepan Commission and I haven't forgotten that. But I still have to respect the treaty,» she told a news conference, rebuffing questions from German reporters about breaking her word to voters.