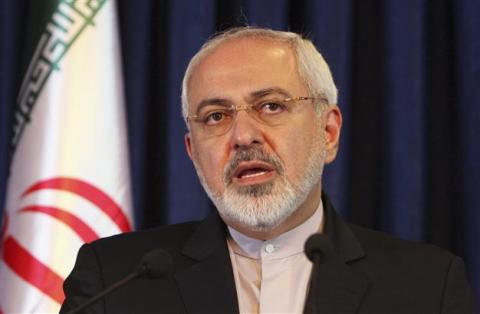 Iran's Foreign Minister Mohammad Javad Zarif will visit Turkey on Aug. 28 before embarking on a mini-tour of Europe that will take him to Russia, Italy, Luxembourg and Belgium, Iranian media reported.

In Turkey, Zarif will attend the ceremony inaugurating Recep Tayyip ErdoÄan as president.

He will then travel to Moscow for talks with Russian counterpart Sergei Lavrov and other officials that are expected to focus on Iran's nuclear programme.

Russia is a member of the P5+1 group, with Britain, China, France, the United States and Germany, seeking an international deal with Tehran over its controversial pursuit of atomic power.

A six-month interim agreement under which Iran suspended part of its nuclear activities in return for a partial lifting of international sanctions was extended in July to November 24 to give the two sides more time to negotiate a final accord.

Tehran denies that it wants to make nuclear weapons and the sides remain split on how much uranium enrichment Iran should be allowed to carry out.

Moscow and Tehran are also engaged in talks to secure an agreement concerning the exchange of Iranian oil for Russian technological expertise, with contract negotiations due to start on September 9.

Zarif may also discuss food imports during his visit to Russia, the reports said.

The Iranian ambassador in Moscow, Mohammad Sanaei, was quoted in the English-language Tehran Daily as saying that Russia wanted to import food products from Iran after it imposed a ban on the import of most produce from the EU and United States.

Russia announced the ban earlier this month in retaliation...