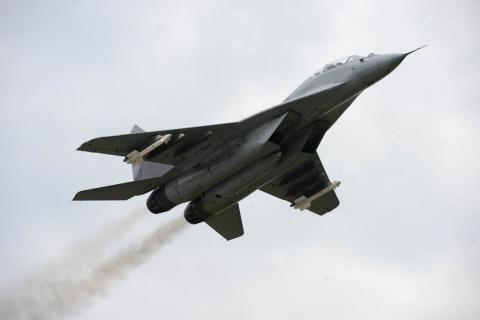 The six MiG-29s that Russia has donated and delivered to Serbia will enter service in 2018, RTS is reporting.

All six warplanes will be assembled by October 20, Belgrade Liberation Day, and shown for the first time during the celebrations.

After they have been overhauled and modernized, the MiGs will be classified as generation 4+ military jets.

The six planes differ insignificantly from the four MiG-29s that the Serbian Air Force and Air Defense (RV PVO) already has.

Deputy Defense Minister Nenad Miloradovic has said that the six MiGs are about 28 years old, and had been in active service in the Russian Aerospace Forces (VKS) before they were given to Serbia.