3rd Reich was defeated - but not Nazism, says minister 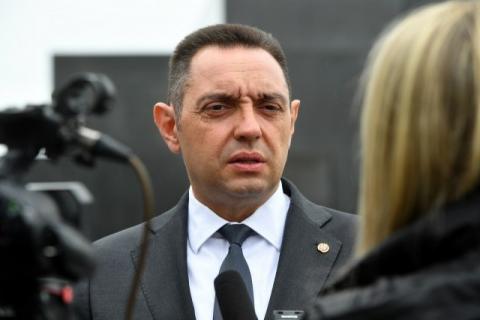 And that is because the ideology of Nazism is still alive today, Serbian Minister of Defense Aleksandar Vulin said on Victory Day.

Vulin today, as the envoy of President Aleksandar Vucic, laid a wreath at the Monument to the Unknown Hero in a ceremony on Mt. Avala that featured top state and military honors.
"The 3rd Reich is dead and defeated thanks to the immense sacrifice of the free world, among whom the Serb people were one of those that suffered the most, and fought the hardest - but the ideology of Nazism has not been defeated. Nazism still exists, and this generation, and I'm afraid the ones after us, will have to fight against those creating a Greater Albania, those justifying the Jasenovac genocide (in Croatia), as well as with all those in whose heads Nazism is very much alive, and in whose practices Nazism is very much alive," Vulin said, according to an MoD statement issued on Thursday.
He also recalled numerous crimes that testify to the suffering of the state of Serbia and the Serb people in the 1990s, such as the (NATO) bombing, the expulsion of Serbs from their centuries-old homes in Croatia and Bosnia-Herzegovina, and the Serbs killed after the arrival of international forces in Kosovo.
The statement adds that Victory Day is marked with numerous events in Serbia, as well as ceremonies and gatherings at military memorials and places of suffering in many cities across the country.