Lenarčič urges Slovenia to make best use of recovery funds 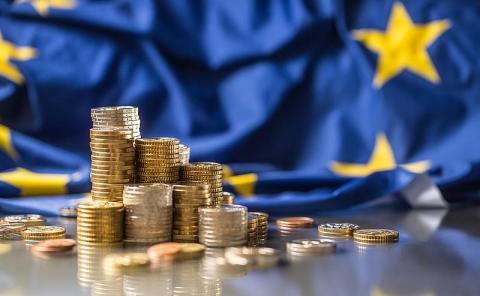 Ljubljana – European Crisis Management Commissioner Janez Lenarčič urged Slovenia in a videoconference presenting his priorities in 2021 to the parliamentary EU Affairs Committee to make the best use of the funds available as part of the EU mechanism for recovery and resilience.

Slovenia should prepare its plan for drawing these funds the best it can and use the assistance of European Commission’s experts services, the commissioner proposed.

He sees the EUR 5.2 billion available as an opportunity for Slovenia’s development breakthrough, for digital and green transformation. He suggested that so much funds may never be available again.

Opposition MPs noted that the government’s plan was still classified and that not enough debate was being held on the matter.

Lenarčič said he had minimal insight into the process but added it would definitely be good if a debate on the plan was as broad as possible.

He supports the idea of drawing up a development vision so that the country would avoid having projects like TEŠ6 repeat and that it would no longer build thermal power plants, which are being abandoned elsewhere.

Presenting the system of EU civil protection, Lenarčič said several problems had been revealed in this area during the Covid-19 pandemic. In the first wave, the problem was securing enough protective medical equipment. Now, medical equipment has also been included in the civil protection reserves and the Commission was given more independence in decision making, he said.

He said civil protection should see its budget triple in the future to allow for more flexibility and an even faster response.

The commissioner praised the Slovenian civil protection, and volunteer firefighters in particular. He said he had been proud to see Slovenia being the first to help Croatia after the devastating earthquakes in December.

Turning to response to humanitarian crises, Lenarčič said the pandemic had increased pressure and need for aid. It is estimated that another 150 million people will slip into poverty this year alone and 235 million people will need aid, which is three times more than in 2014.

He said a new EU strategic framework for humanitarian aid would be presented expectedly in March.

EU countries combined are the world’s largest donor of humanitarian aid, securing one third of all funds, he said, calling on Slovenia to allocate more for this purpose as the EUR 1.4 billion envisaged for humanitarian aid on the EU level would not suffice.

Through humanitarian and development aid the causes for migrations are being mitigated, Lenarčič noted.

Touching on the migration pact proposed by the Commission, he said it was the best possible compromise and expressed expectation that Slovenia would support it.

As for the challenge of vaccination in the EU, Lenarčič called for greater solidarity among countries in the distribution of vaccine, noting that the pandemic would not be beaten until most adults are vaccinated around the world.

Govt in dilemma about new coronavirus variants and new lockdown