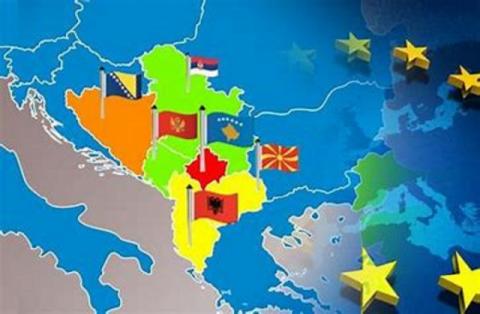 As EU leaders gather for a summit on Wednesday on how to keep engaging with their Western Balkans neighbors, the bloc's once-successful enlargement policy faces an impasse, AP reported.  Although EU member countries are expected to reaffirm their commitment to the enlargement process during Ljubljana meeting, they will stop short of providing a clear deadline, according to a draft document seen by the agency.

The European Commission made repeated promises that the future of six countries in the region lies within the 27-nation bloc. But progress has stalled on admitting Albania, Bosnia, Kosovo, Montenegro, North Macedonia and Serbia amid divisions among member countries and some bilateral issues.

Nationalist populism has risen in Hungary and Poland, undermining unity. The entry of well over 1 million migrants in 2015 has exposed stark differences about how to manage them, sparking a major political crisis that has yet to be resolved.

EU expansion has also been routinely sidelined by crises like the Greek financial meltdown and Britain's drawn-out exit, leaving the bloc very focused on its own survival rather than taking in new members. The planned departure of longtime German chancellor Angela Merkel and next year's presidential election in France have deprived the EU of clear leadership, adding to the decision-making burden.

The deadlock is causing frustration among the candidates amid a flare-up of tensions at the border between Kosovo and Serbia, raising questions about the bloc's commitment.

The six are at different stages on the EU membership path. Montenegro and Serbia are the most advanced, having opened formal accession talks years ago. Albania and North Macedonia are awaiting the official opening of negotiations, and...