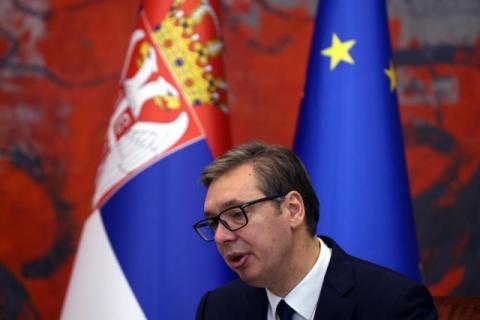 The President of Serbia, Aleksandar Vui, is also participating in the Summit.
As previously announced, together with the host of the meeting, Slovenian President Borut Pahor and Vui, the presidents of Croatia, Montenegro, North Macedonia and Albania, Zoran Milanovi, Milo Djukanovi, Stevo Pendarovski and Bajram Begaj, members of the Bosnia-Herzegovina's Presidency, efik Daferovi, Milorad Dodik and eljko Komi will attend the summit, along with the President of Kosovo Vjosa Osmani.
Pahor's cabinet announced at the beginning of September, when the Slovenian president was visiting Belgrade and Pristina, that the summit of the Brdo-Brioni Process will be an opportunity to review the current situation in the Western Balkans and to call on the members and institutions of the European Union to speed up the enlargement process.
The Brdo-Brioni process is a Slovenian-Croatian initiative launched in 2010 by Pahor, then Slovenian Prime Minister, with the aim of strengthening mutual trust and regional cooperation and faster integration of the Western Balkans into the EU.