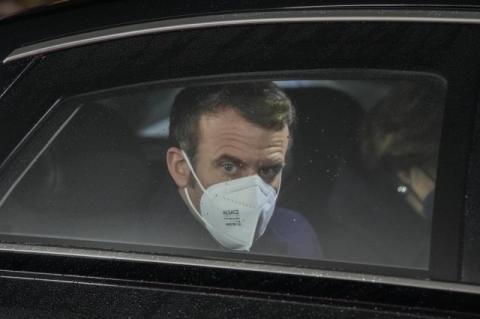 France and Germany are ready to pursue dialogue with Russia but if Moscow attacks Ukraine the price will be high, French President Emmanuel Macron said on Tuesday.
Speaking at a joint press conference with German Chancellor Olaf Scholz in Berlin, Macron said that Europe and its allies were united on the issue of Ukraine, including the need for de-escalation, but were also "preparing a common response" in case of Russian aggression, Reuters reported.
President of France announced that he would talk on the phone with the President of the Russian Federation, Vladimir Putin, on Friday, announcing that he would ask the Russian leader to clarify Russia's intentions towards Ukraine. Macron assessed that the negotiations between the USA and Russia on Ukraine are a "good thing", but that they have yet to show clear results.
Scholz added: "We expect from Russia clear steps that contribute to a de-escalation of the situation. We are all in agreement that a military aggression will trigger heavy consequences."
Macron concluded that the situation was worrying, and required Europe to stay united and to prepare a "joint response".