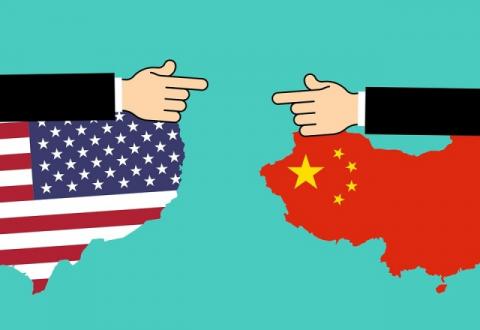 U.S. President Donald Trump said on Thursday he did not plan to meet with Chinese President Xi Jinping before a March 1 deadline set by the two countries to achieve a trade deal, Reuters writes.

Asked during an event in the Oval Office whether there would be a meeting before the deadline, Trump said: "No."

The remarks confirmed comments from administration officials who said the two men were unlikely to meet before the deadline, dampening hopes of a quick trade pact and sparking a drop in U.S stock markets.

Late last year during a dinner between Trump and Xi in Argentina, the two men agreed to take a 90-day hiatus in their trade war to give their teams time to negotiate an agreement.

If the talks do not succeed, Trump has threatened to increase U.S. tariffs on Chinese imports. Another round of talks is scheduled for next week in Beijing.

Trump, who is proud of having a warm relationship with Xi, said last week he would meet with him again to hammer out a final deal, after Chinese Vice Premier Liu He presented Xi's invitation at the White House.

A person briefed on the talks said that Trump's advisers were concerned that accepting a meeting invitation at this stage would raise unfounded expectations for a quick deal and erode U.S. leverage in the talks, where the two sides remain far apart on core structural intellectual property issues.

"There was concern about the downside for markets in particular if they don't reach a deal," the source said.

The president is scheduled to travel to Asia at the end of this month for a summit with North Korean leader Kim Jong Un in Vietnam,...