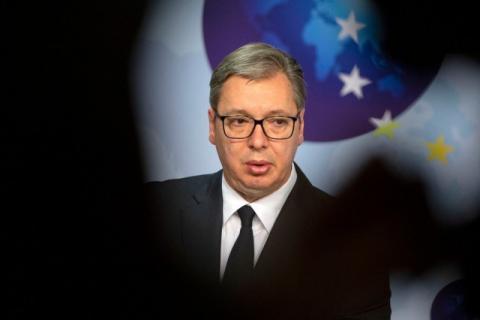 President of Serbia is scheduled to meet bilaterally with the main mediator of the EU in the dialogue between Belgrade and Pristina, Josep Borrell, from 9.30 a.m. After separate bilateral meetings between Borrell and Kurti and Vui, a trilateral meeting should begin at around 10:30 a.m., which will be attended by the President of Serbia, the Prime Minister of Kosovo, the EU Foreign Minister and EU Special Representative for Belgrade-Pristina Dialogue Miroslav Lajk.
The EU, which is the main mediator in the dialogue, states before tomorrow's meeting that it is a matter of continuing the process that started in 2011.
It is noted that despite the change of one of the negotiators, Avdullah Hoti was replaced by Albin Kurti on the Pristina side, "obligations and process" remain the same, but Miroslav Lajcak clearly says that the two sides will agree on the agenda of tomorrow's meeting, in which the EU is only a mediator. As Albin Kurti comes to Brussels with a delegation for talks with loud and repeated views that Pristina wants to talk only about mutual recognition, which is unacceptable for Belgrade, the European External Action Service (EEAS) mentions the possibility that if there is an obstruction of talks or "one side will not be ready to continue the process", the head of EU diplomacy, Josep Borrell, will discuss it directly in the afternoon with the President of the USA, Joseph Biden.
What Borrell will convey to Biden as a problem when they meet at the EU-US Summit, which is also being held in Brussels that afternoon, will probably be known after Vui Kurti's meeting and Lajk's address to the media, which is expected at the end of the meeting, around 1 p.m. As far as Serbia is concerned, tomorrow's meeting is clear. The President of Serbia,...