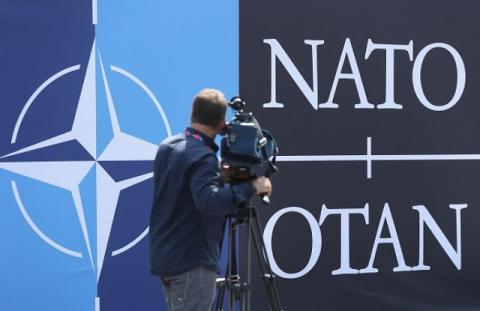 Today, the ambassadors of NATO member states are discussing this in Brussels.
"We regret the announcement by the US government that it intends to withdraw from the Open Skies Treaty, although we share concerns about Russia's implementation of the provisions of that agreement," reads the letter signed by the foreign ministers of ten NATO member states.
The letter was signed by Belgium, the Czech Republic, Finland, France, Italy, Luxembourg, the Netherlands, Germany, Spain and Sweden, Hina reports.
The signatories announced that they would continue to implement the agreement, which has a clear added value in the field of conventional arms control and security cooperation.
"We reaffirm that the agreement remains functional and useful," the letter said, adding that the countries would continue to engage Russia in implementing the agreement, "as previously decided among allies and other European partners to resolve outstanding issues, such as unjustified restrictions on flights over Kaliningrad".
"We will continue to ask Russia to lift those restrictions and continue the dialogue with all parties," the letter reads.
Russia and the United States have been accusing each other of violating the agreement for some time. On Thursday, American officials said that Russia was violating the provisions of the agreement and that the United States would formally withdraw from it in six months. After that, NATO Secretary General Jens Stoltenberg convened an emergency meeting of NATO on Friday afternoon.
At the end of last year, US President Donald Trump indicated that he intended to withdraw from the agreement.
U.S. officials said yesterday that Russia was constantly violating the provisions of the agreement and that the United States...