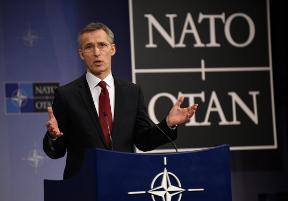 NATO's plan to open six new command centres in Eastern Europe is being hailed by Balkan experts as a sign that the region is not being ignored.

Defence ministers from the 28-member military Alliance agreed on February 5th to set up command and control units in Bulgaria, Estonia, Latvia, Lithuania, Poland and Romania.

The move came "in the light of the changing security environment to the east and south of the Alliance's borders," a NATO statement said.

The new centres "in six of our eastern Allied countries" ensure that "we have the right forces, in the right place, at the right time," NATO Secretary-General Jens Stoltenberg said.

"Our decisions make clear that NATO is determined to defend all Allies against any threats from any direction," he added.

According to Adrian Cioroianu, a Romanian historian, writer and former foreign minister, "NATO's decision to set up the command centres is not a declaration of war, but highlights the instability on the Alliance's Eastern borders."

"NATO, even though it is a defensive alliance, has been compelled to take this decision since, right next to it, the borders of sovereign states are being forcibly redrawn," Cioroianu told SETimes.

Metodi Hadzi Janev, a professor at the Military Academy in Skopje, agreed that the NATO move was necessary.