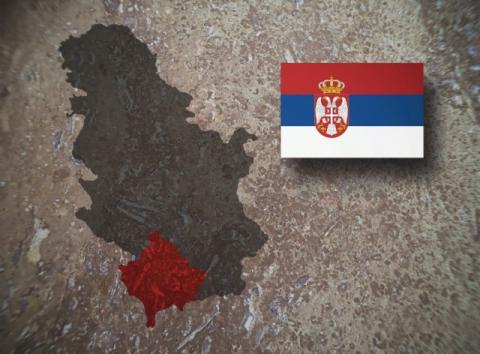 This proves once again that Britain cannot resist straining its neocolonial muscles, reports Kosovo Online, reported by Keith Clarenberg, an investigative journalist who investigates the role of intelligence services in shaping policy and perception.
In September 2020, Pristina and Belgrade agreed to normalize economic relations, a move the mainstream media declared historic. However, the agreement has failed to resolve many serious issues that have loomed over Kosovo's future since it controversially declared independence from Serbia in 2008.
The primary source of the dispute is the four northern municipalities in which ethnic Kosovo Serbs make up the majority of the population and which remain under de facto Serb rule. Both the division and the exchange of territories have been intensively discussed at the highest levels for years, although the current position of Kosovo Prime Minister Albin Kurti is that no territorial concessions will be made to Belgrade.
Pristina is supported in this intransigence by a number of Western countries, including the United Kingdom, which played a key role in the 1999 NATO bombing. Recently leaked files now clearly show that London is trying to finish the job, not by brute force, but by manipulation, under the guise of supporting the community.
The program, entitled "Strengthening Positive Peace in Kosovo and Serbia", with a budget of £ 5m for 2020-2022, aims to create greater support among Serbs for the Kosovo government, challenge "identity-based narratives" and achieve "social change at the national level"- in other words, reduce tensions between the local population and reduce any notion of difference between them.
"Communities in Kosovo and Serbia will be more resilient to narratives that spread...