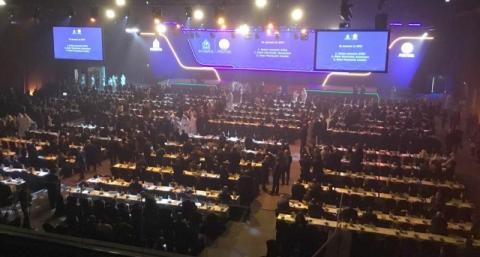 The media published a list of countries that on Tuesday voted against Kosovo's admission to Interpol, as well as those that abstained.

Kosovo's admission to Interpol was on the agenda yesterday at the General Assembly of Interpol in Dubai, and between the two rounds of voting, a break was announced, which caused protests by the Serbian delegation.

According to information b92.net reported, the break was used to make the Pristina side try to reduce the number of delegations present in the hall ahead of the second round of voting.

The head of the Serbian team and Interior Minister Nebojsa Stefanovic reacted strongly, referring to the rules and statutes of Interpol itself, that do not envisage breaks during a vote - but the chairperson of the Interpol General Assembly ignored these arguments.

In the second round, 135 voted, 68 were in favor, 51 against, while 16 abstained. Pristina needed a two-thirds majority to become a member of Interpol and thus failed in its bid.

The Belgrade media have also published the list of countries that supported Serbia, i.e., voted not to admit Kosovo to Interpol.

According to unofficial information, Pristina was supported, among...

Police in Minsk used a new method against protesters VIDEO / PHOTO
EUROPAfest coming to Bucharest, Sibiu and Sinaia this July

"He is one of the leaders of the secret world government"

Many socialists would "fly over" to the SNS?

Kon: The vaccine will not provide the safest protection; Masks for a longer period